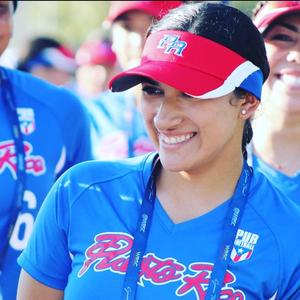 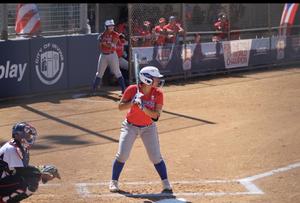 Lillyanna ”Lilly” Travieso (12th), an Alemany Varsity Softball player, was one of the 17 young women athletes chosen to represent the Jr. Olympic Softball Team for Puerto Rico in the XIII WBSC U19 Women’s Softball World Cup.
On August 11-17, 2019, 16 Junior National Teams (covering all five Olympic continents) competed for the title of World Champions in Irvine, California. The tournament showcased 62 games during 8 days of global competition. The WBSC U-19 Women’s Softball World Cup takes places every 2 years and features the best youth players in the world competing on their National Teams.
As a middle infielder, Lilly was part of the starting line up for all games Team Puerto Rico played during this tournament, taking 6th place over all. She played with and against the best softball college freshman players and It is said that the next generation of softball Olympians played at this World Cup.